It is known that high school puts a lot of unnecessary pressure on teenagers, and this was no exception to young Ersatz, a mostly normal senior year student. Being a massive procrastinator, they waited until the last possible minute to take copies of their final assignments.

On their way to school while taking a shortcut through the beach, Ersatz found a weird looking photocopier sticking out in someone's trash.Bingo! they thought. This will definitely get me an A.

The catch was this was no ordinary photocopier. It was so old and weird it was never meant to be used again and had to be thrown away. Even crazier was who the machine belonged to....None other than Professor Monty Corndog, local mad scientist and frozen food industry legend. Ersatz, of course, was unaware of all this. So in all their foolishness they proceeded to plug the machine in.

This immediately proved to be a very, very stupid idea. In a matter of seconds this old rusty machine blew up in their face, knocking them out and causing severe damage to the left side of their body.

Why, they would've gone unnoticed had it not been for the loudness of the explosion. The Professor, feeling a mixture of pity and guilt, took them in and revived them with the help of his lab assistants Jaime and Catboy.

Thanks to the power of atomic energy, they got a computer brain, and got both their legs and half of their face reconstructed from parts of the very same machine that killed them. (And also from an old theremin they had lying around.) With these new body modifications came their new powers: To make copies of themself. And making obnoxious theremin noises.

While recovering and getting used to their new robotic self, they decided to follow the Aquabat way and become a full time Aquacadet! Who needs a high school diploma when you can loiter around convenience stores spreading the word about your heroes?

These days you can find them in abandoned warehouses making ominous noises to scare people, or making ocassional appearances in the AWF ring. They infamously died again at the hands of Cadet Bean Bean, but since they're friends nothing happened and they got better. 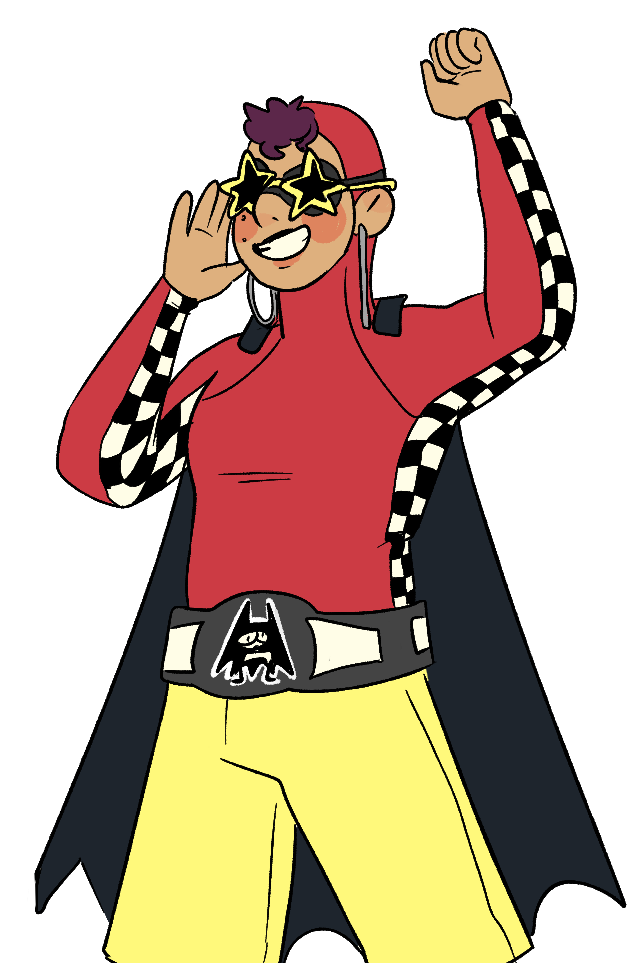 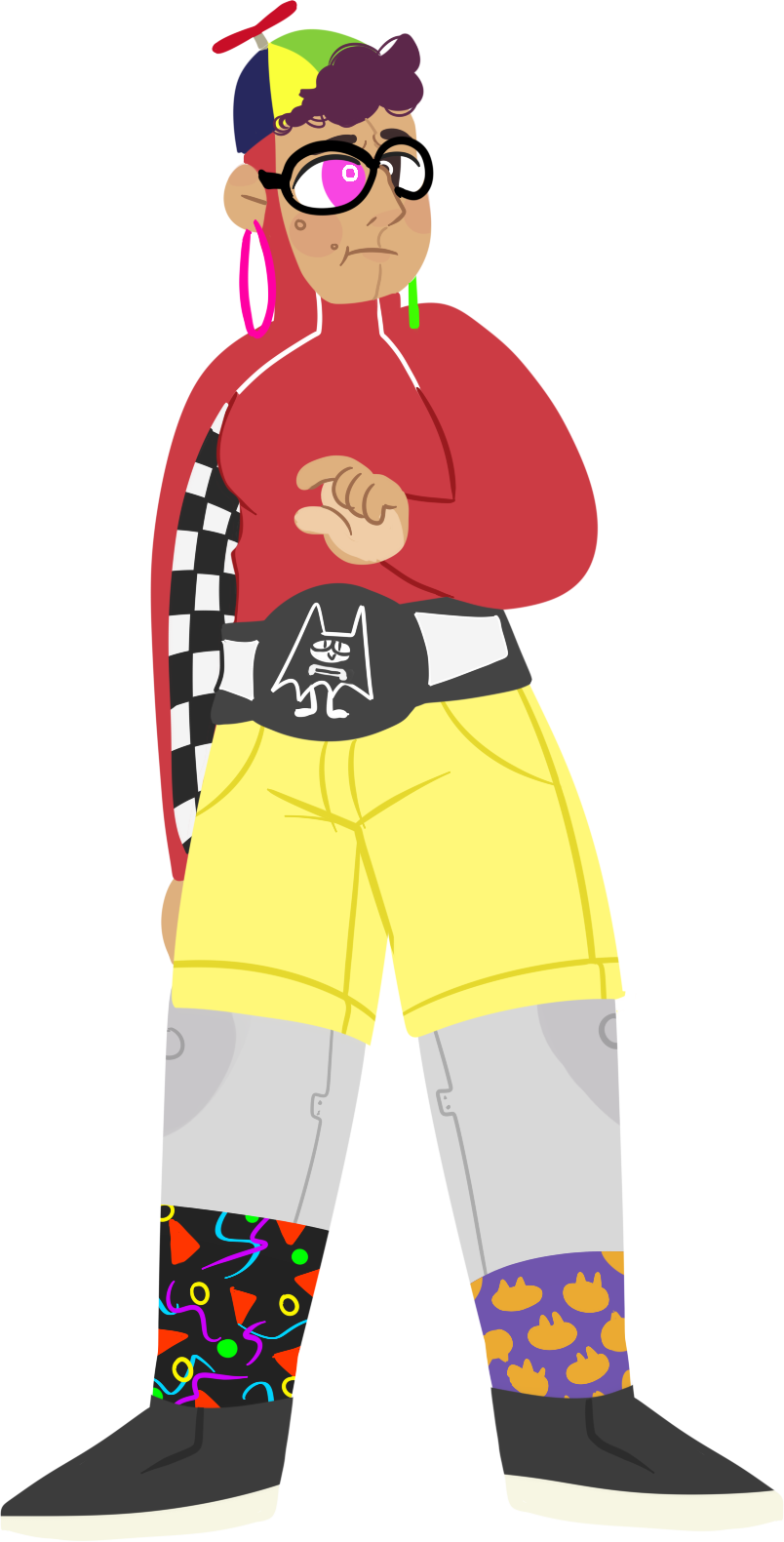 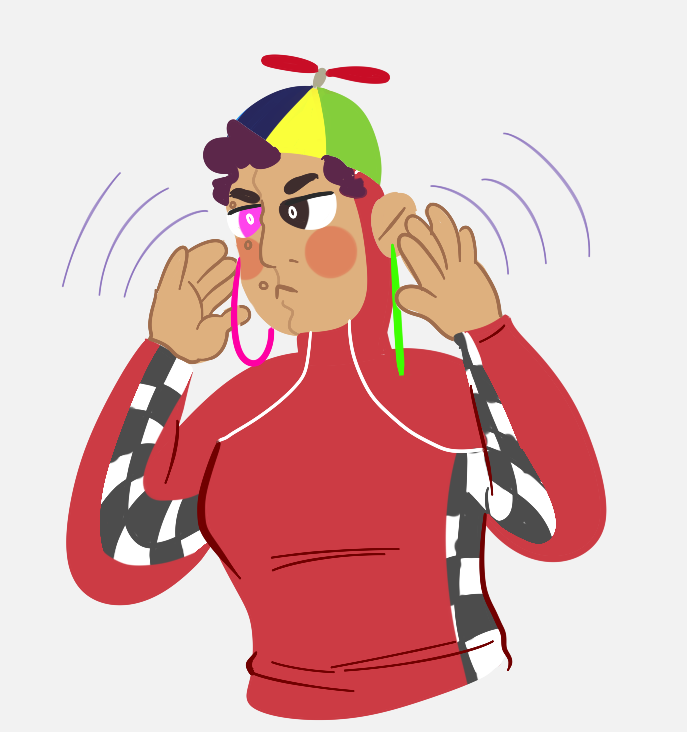 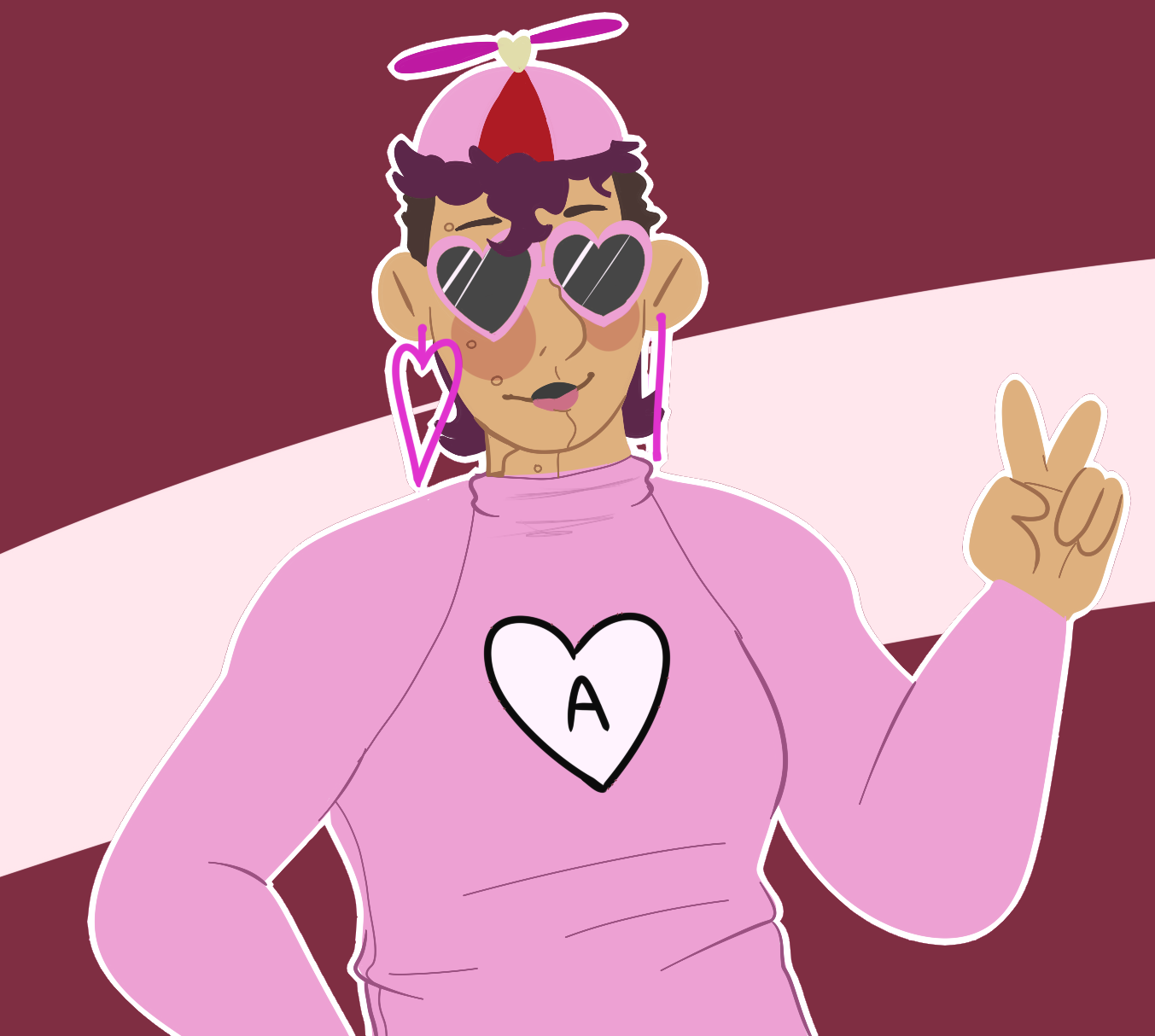 INNER WORKINGS
COMPUTER BRAIN: Their puny human brain got massive robotic upgrades. Some of these include:

- MEMORY CHIP
- BLUETOOTH 5.0
- CLONING INSTRUCTIONS
- MEMORY STORAGE DATABASE
- THEREMIN MODE CIRCUITRY
THEREMIN: They got a theremin built in. Their earrings are the antennas. They can switch into theremin mode at will. This works by overriding their speech systems so they can only produce theremin noises till they switch back. Sometimes they will glitch out and switch into theremin mode involuntarily.
DUPLICATION POWERS: Thanks to the cloning instructions on their brain and their robotic parts, they can create copies of themself. They can create up to 4 copies at once.
Their duplicates have the same basic coding built in, but their memories are blank. All they see and experience is stored in their memory chips which are then transferred to Ersatz's main database when they merge all back together, or when the clone is destroyed.
Their clones disappear by themselves.
ROBOT LEGS: Their legs are made from durable metal and provide them with enhanced running speed, higher jumps and enough strength to kick someone and make it hurt.
LASER EYE: Their laser eye lights up, has scanner functionality and works as a laser pointer. Or it would if it actually worked. Ersatz is working with The Professor to find out what's wrong.